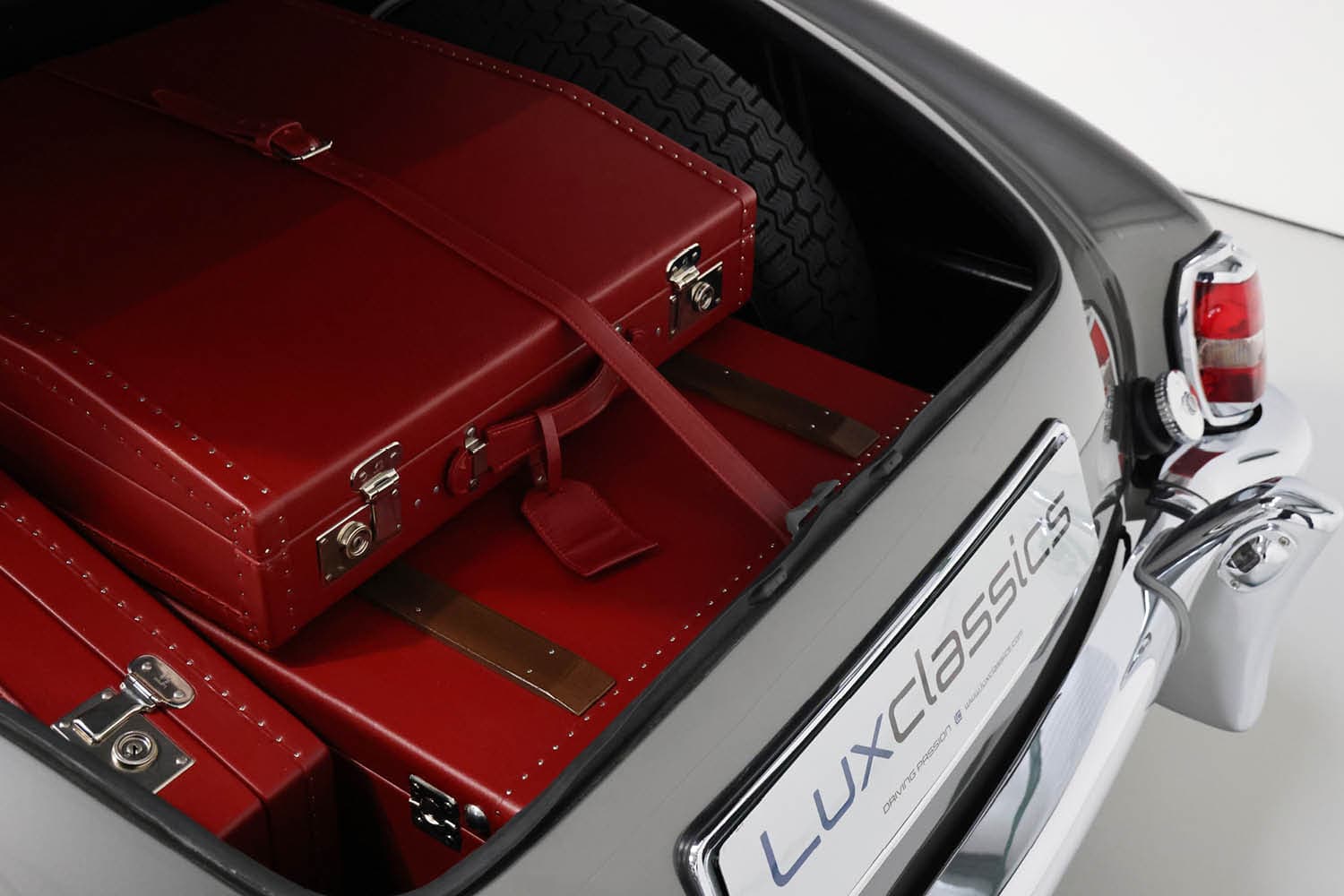 With its significant history, our 190SL originally restored for David Gandy moves on to its next chapter.

The great provenance begins in 1960, with its manufacture completion in January, then first registered on the 14th October. The first owner is believed to be Mrs E. Croft from Preston, who purchased the vehicle in its original colour scheme of Fire Engine Red (Feuerrot DB534) with cream leather interior from Thompson-Doxey Ltd of Southport, Lancashire. It remained in her ownership for 10 years, during which time it covered approximately 42,000 miles.

In August 1970, after seeing the vehicle advertised in Motor Sport magazine for the princely sum of £795, ownership passed to Mr Ronald H. Johnson, a marine architect and avid motorist. However Mr Johnson, more significantly was the joint-founder of the Mercedes-Benz Register in 1948, and then latterly the British Mercedes-Benz Club in 1952. Intended to serve the interests of past and present owners of the time, it was the first such Mercedes-Benz club in the world, and owes its existence entirely to Mr Johnson’s efforts and enthusiasm for the marque. The Club’s monthly Gazette is still in print today with a healthy readership and following of Mercedes-Benz aficionados.

There was never a period in Johnson’s life when he didn’t own a Mercedes. His first was a 1930 38/250 SS, but this 190SL was unfortunately one of the last before his passing in 1973. After his death, ownership passed on to Joan (Johnson’s daughter) and her husband John Mac.

Its next keeper was to become British male supermodel, David Gandy. Within days of David briefing Parry Chana to source a suitable 190SL as a basis for a high-level restoration, the perfect vehicle became available – Jon Mac advised he wished to sell. Under the care of Parry and his team, a complete body-off strip down restoration and refurbishment of the quite rare Webasto roof followed. With a re-paint in Anthracite Grey (DB172) and a re-trimmed mid-red leather interior, the 190SL was brought back to its former glory – in fact, to a condition better than when it left the factory in 1960. Under David’s ownership it attracted many admiring glances and made an appearance on TV with Parry, as a featured restoration on the Classic Car Show – something which Mr Johnson would have been immensely proud of, no doubt.

After the Gandy ownership years, the vehicle returned to Parry, who is now delighted to pass the ownership onto its new keeper. Parry and his team wish him and the 190SL well on their journey together. 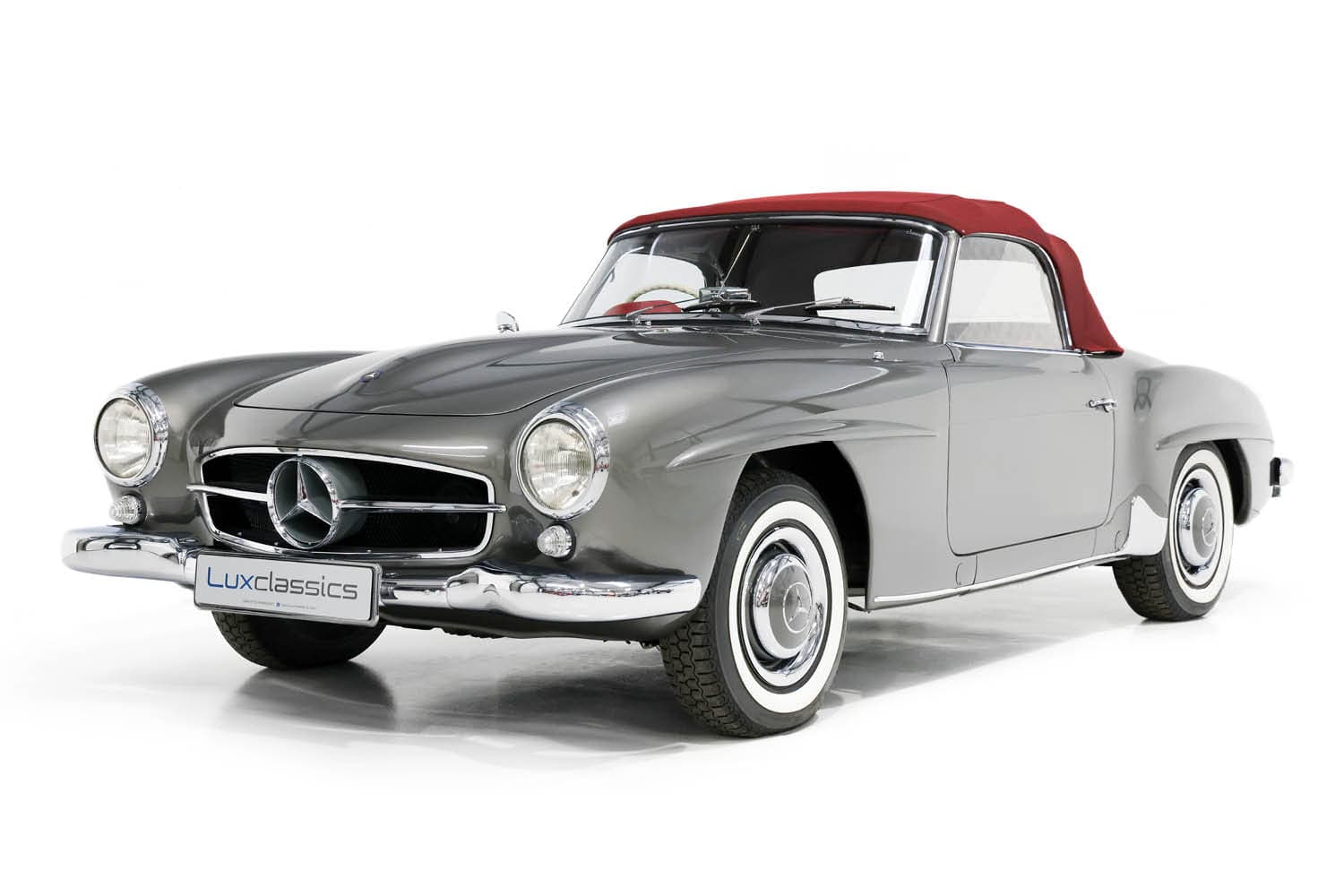 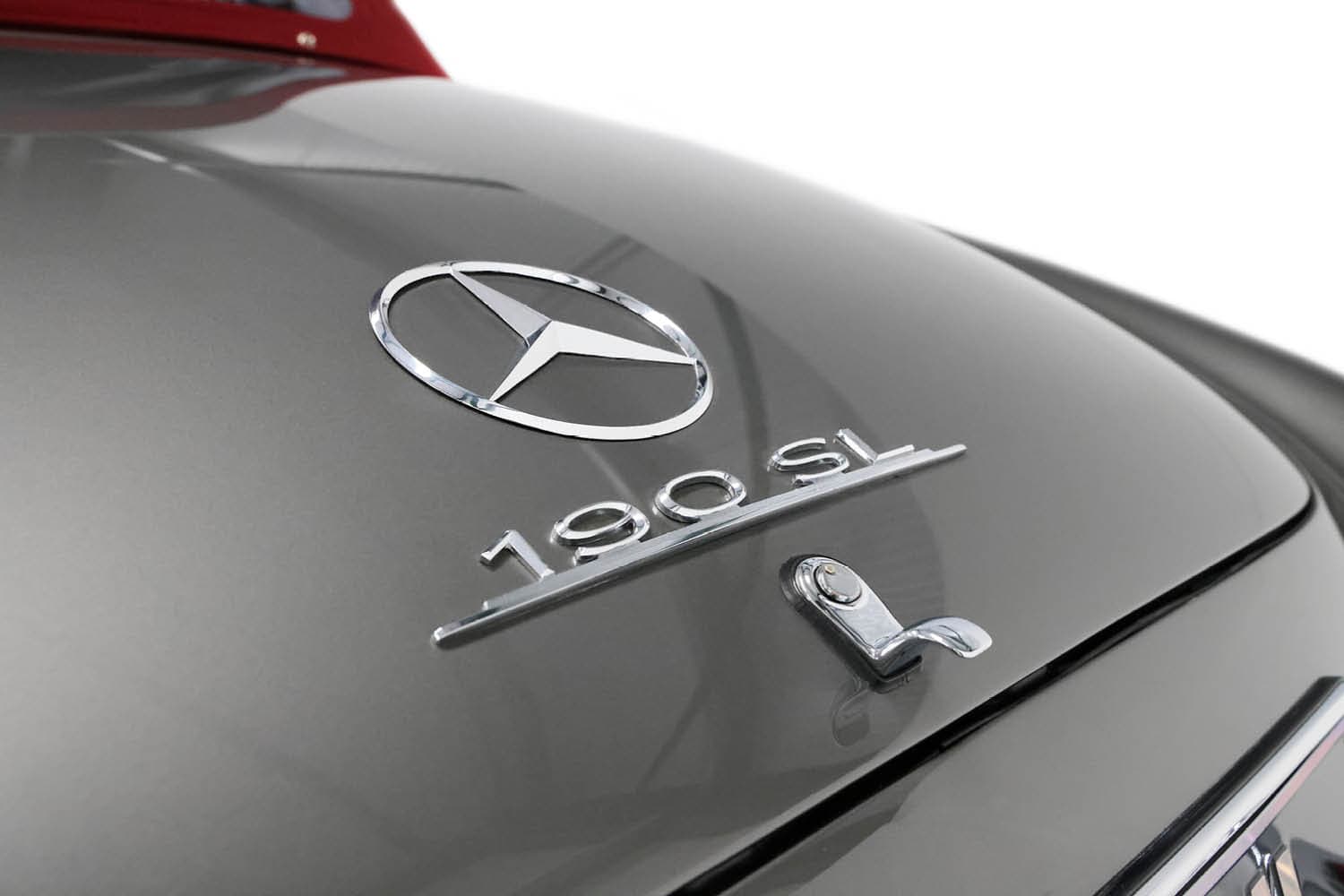 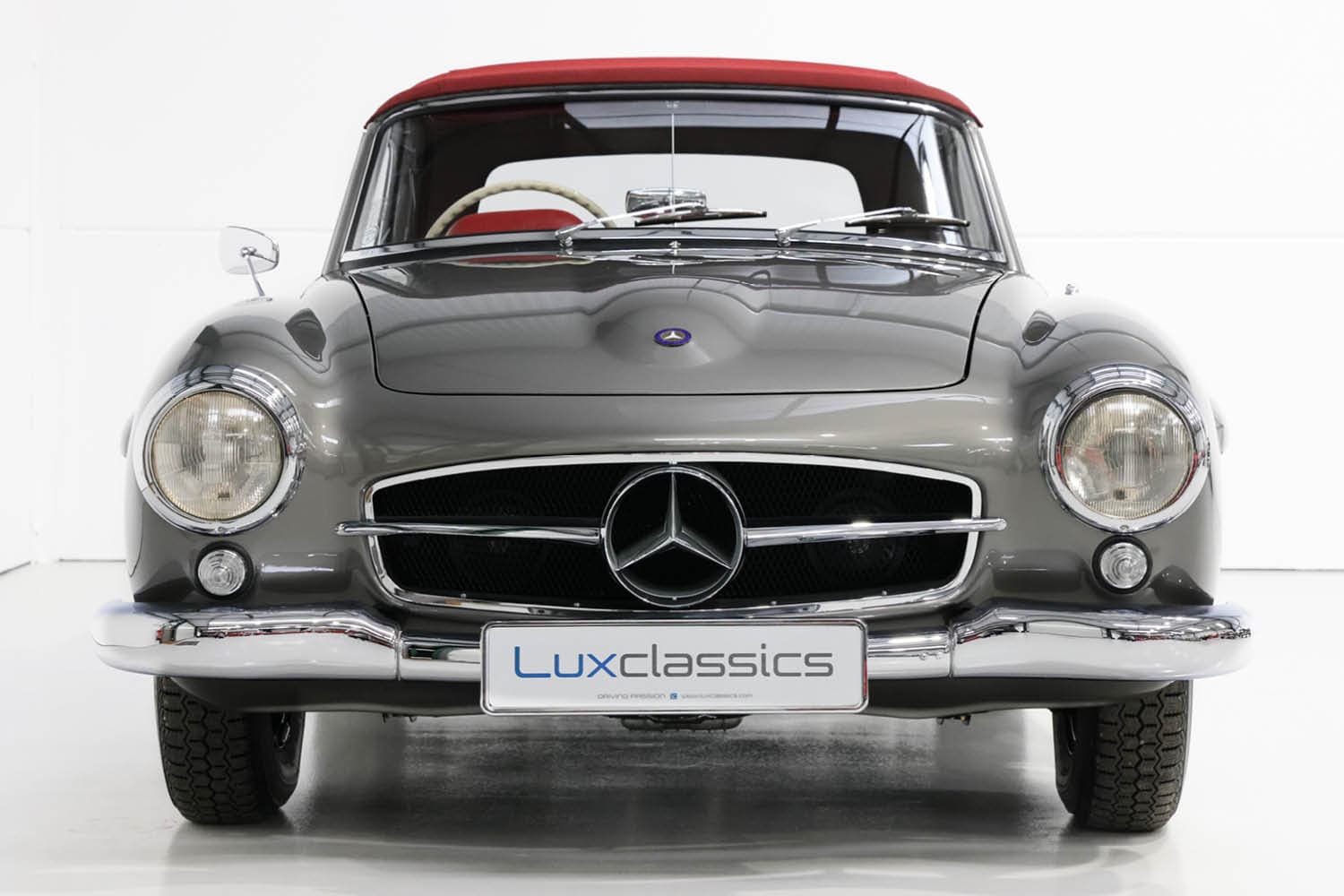 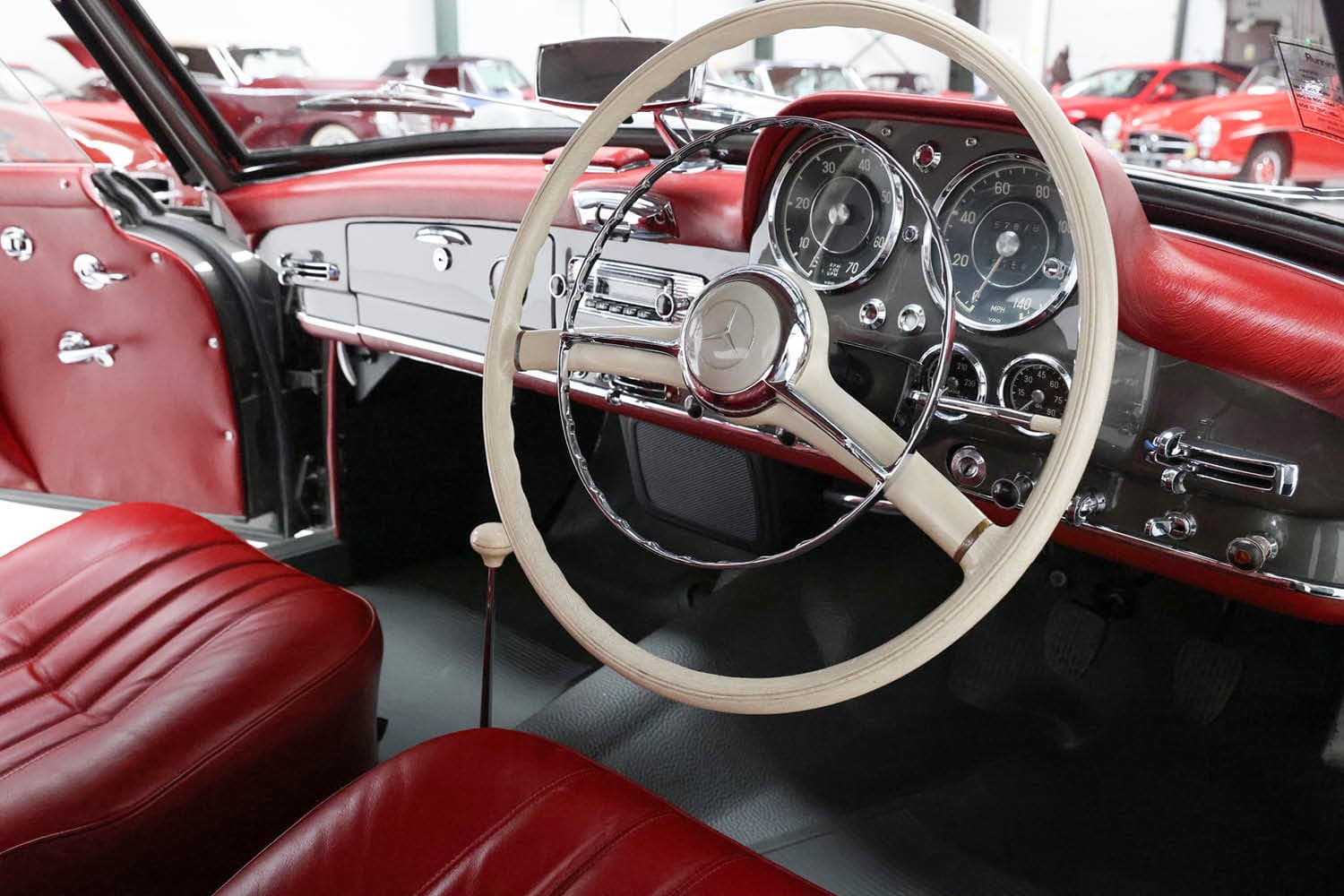 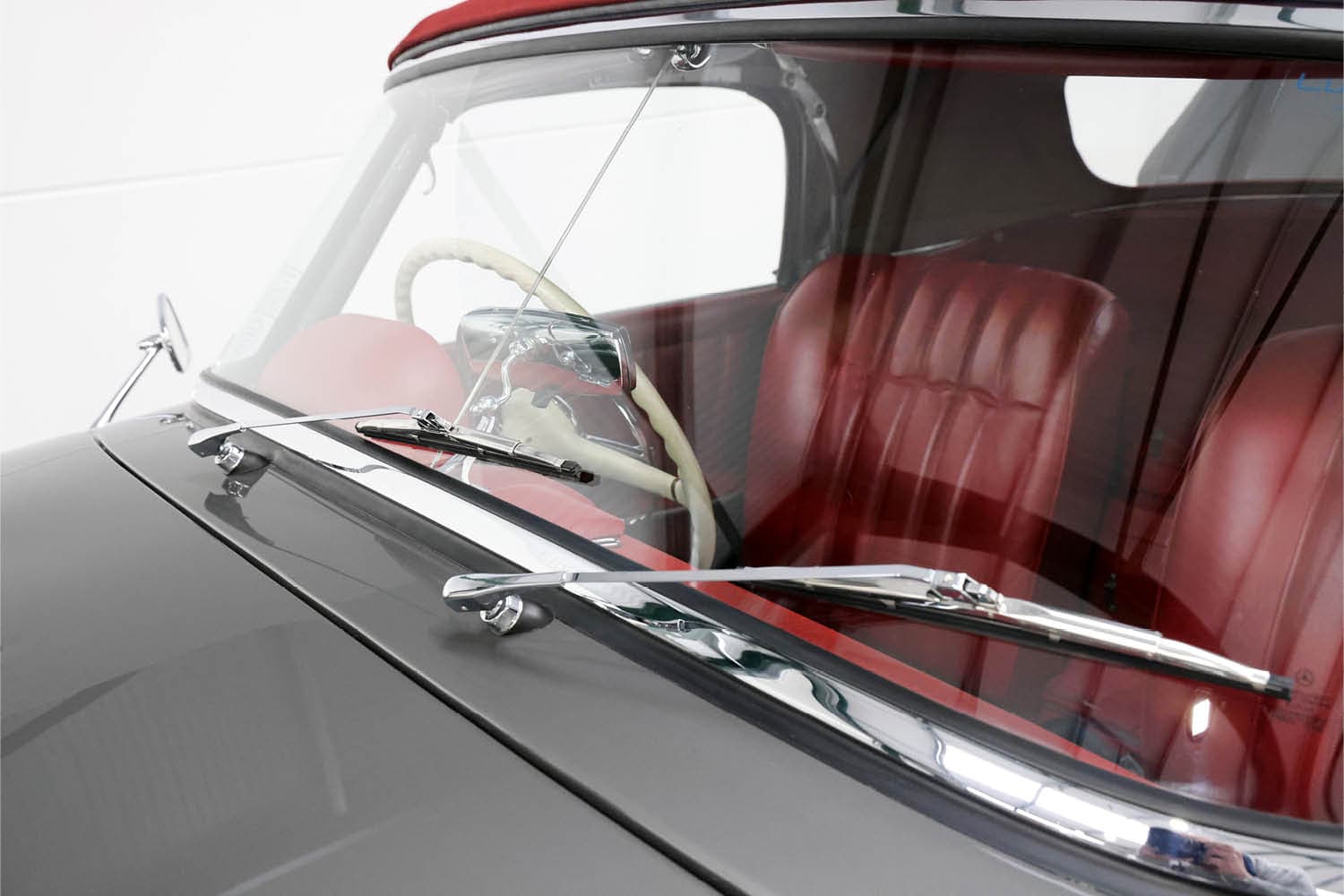 Any cookies that may not be particularly necessary for the website to function and is used specifically to collect user personal data via analytics, ads, other embedded contents are termed as non-necessary cookies. It is mandatory to gain your consent to enable these cookies and store them on your browser.