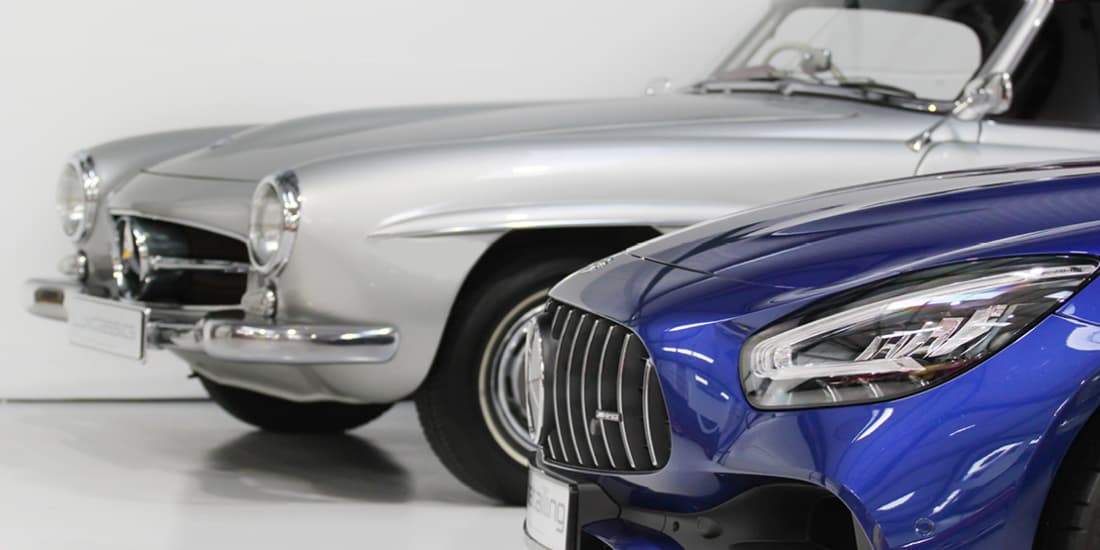 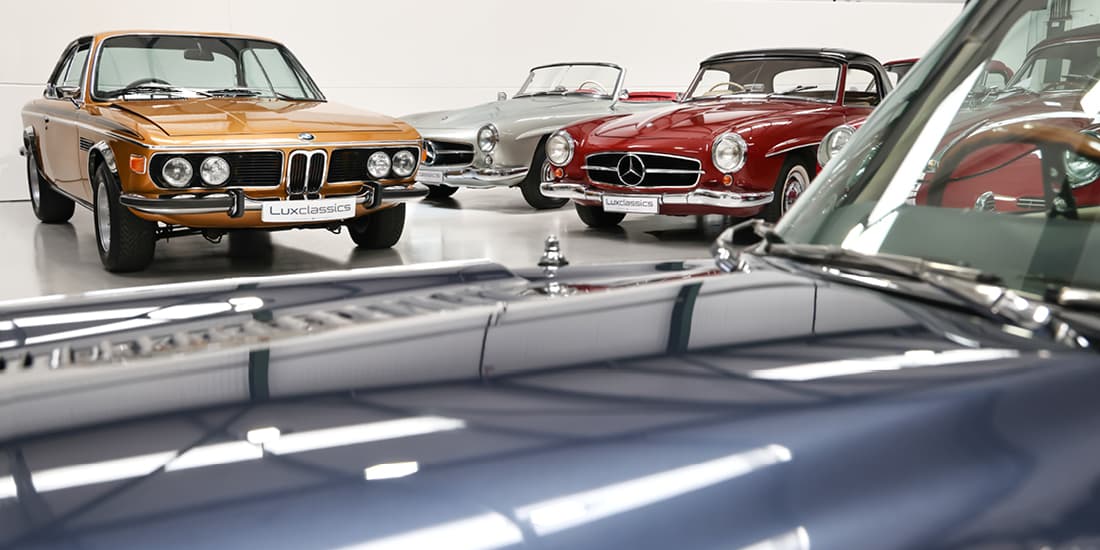 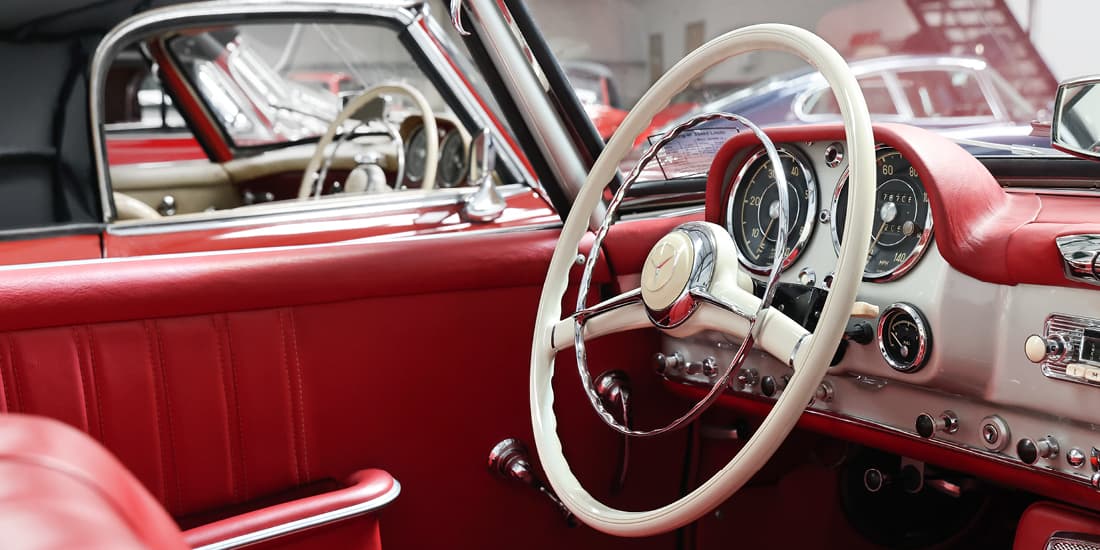 Specialists in Mercedes-Benz, Ferrari, Porsche and Jaguar sales and restoration

Located in Chelmsford, Essex, LuxClassics specialises in premium classic car sales and restoration of marques such as Mercedes-Benz, Porsche, Jaguar, Ferrari and Aston Martin. Our showroom and workshop offers easy access from the M25 and is approximately 35 miles from London’s Canary Wharf. The showroom is supported by extensive workshops, staffed by a highly dedicated team of experts, who are well rehearsed in the preservation and care of fine automobiles. At LuxClassics we believe strongly in attention to detail and that many cars are functional works of art – made to be driven. After all, good preparation for ‘driving classics’ is essential for driving passion.

Modern sports cars can be just as rare and desirable, and offer the same investment potential as an equivalent classic vehicle 40 or 50 years their senior. The historic Italian ‘Mille Miglia’ 1000 mile road race for example, can be savoured with an eligible 1955 Mercedes-Benz 190SL, or by contrast, a contemporary 2020 AMG GT C Roadster would be perfect to take on the German Nürburgring – both drives will be enjoyed for very different reasons, but the same appreciation for the ‘sports car’ will be shared with both experiences.

Ultimately, LuxClassics believe it’s all about the passion, the ‘driving passion’ as we like to say. Whether it’s the opportunity to experience the sounds and emotions once again of a bygone era, a wind-in-the-hair thrill on a Sunday afternoon, or simply the pride of owning and investing in a special conversation piece. 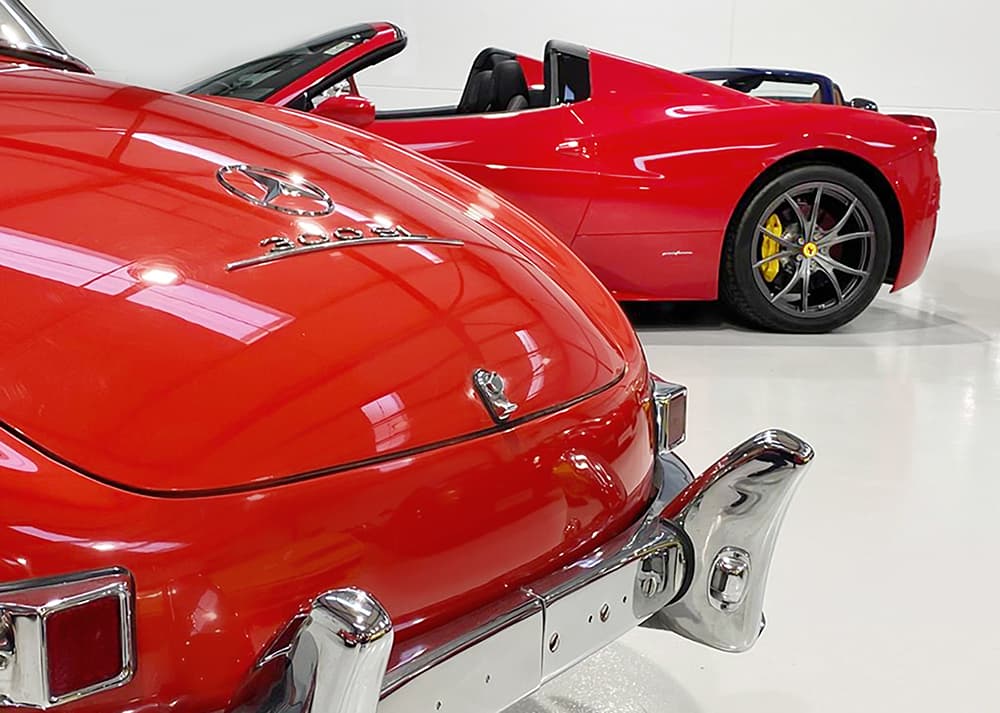 Future classics in the making

This 2020 Bentley Continental GT convertible is a special ‘Number 1 Edition’ by Mulliner, celebrating 100 years of the Bentley marque itself. It’s inspired by the original No. 1 supercharged Bentley Blower, which in 1932 (averaging a staggering 137 mph) set a lap record at the famous Brooklands racetrack. With only 100 examples built, the investment potential of vehicles such as this shouldn’t be underestimated. 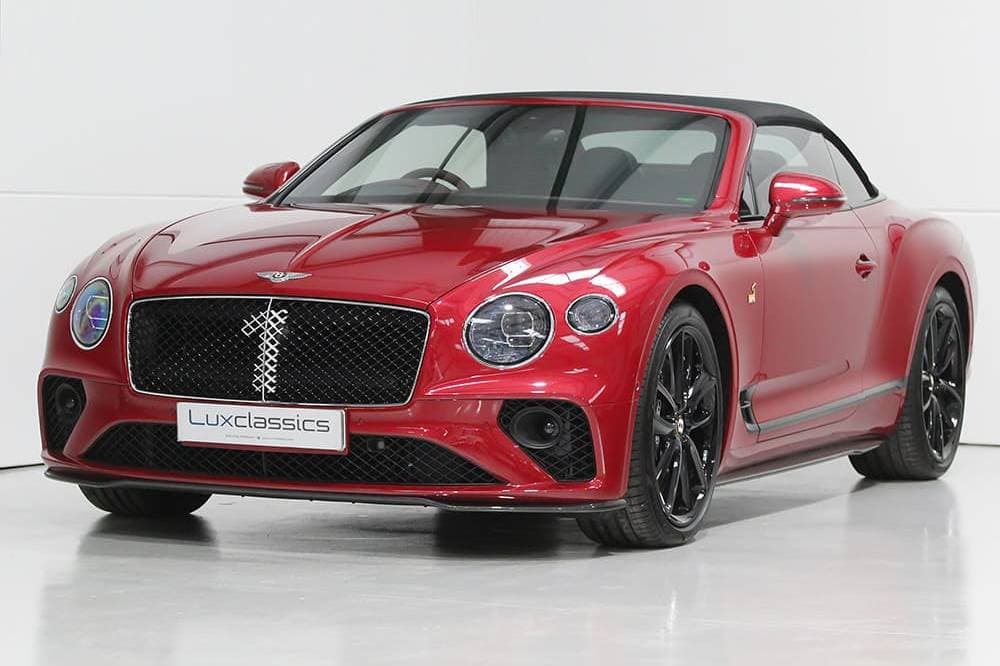 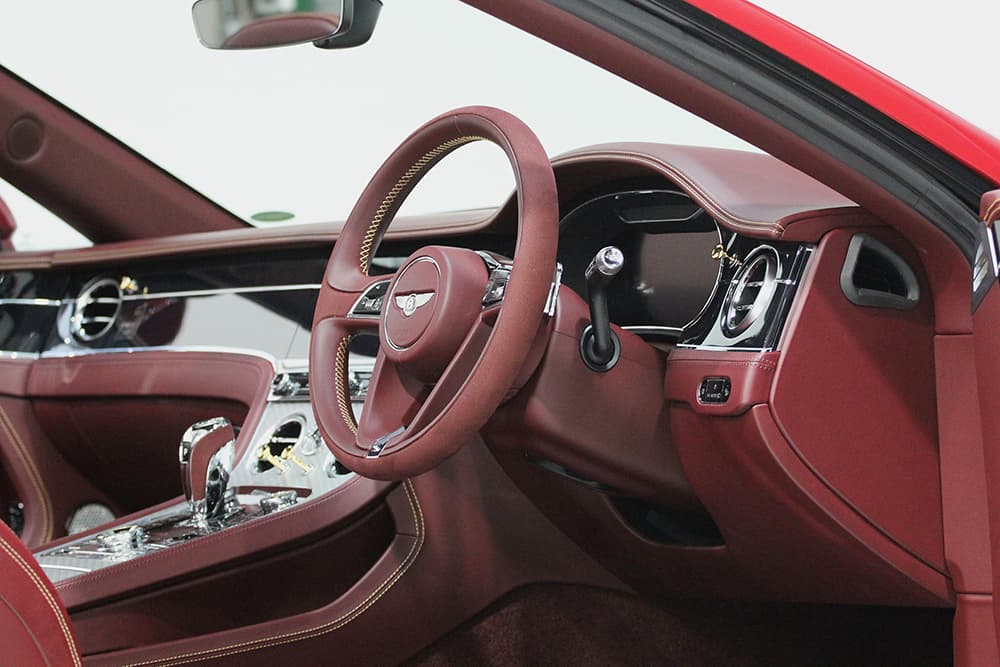 “Desirability, rarity and nostalgia are all things to consider when investing in classics for the future. We say a ‘gut feeling’ is an important factor too.” 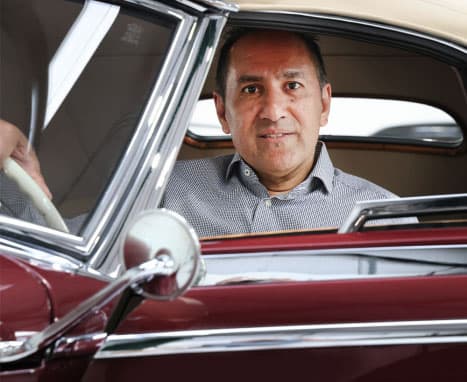 Parry Chana first inherited his love for all things mechanical from his father, an engineer with East Africa Airways, who went on to work for Jack Barclay Rolls-Royce. Ultimately, he set up his own workshop in the United Kingdom, as well as a Mercedes-Benz restoration shop in Los Angeles. Parry spent his youth working with his father on cars and developed an incredible understanding and sympathy for classic cars, in particular Mercedes-Benz, Ferrari, Porsche, Aston Martin and Jaguar.

Parry trained with a firm of Chartered Accountants in the city of London, utilising his knowledge, detail and hands on attention in restoration to pursue his earnest passion for classic cars.

Parry has served as a Concours judge amongst other Pebble Beach judges at events including the Warren Classics, Brooklands Double-Twelve, The Mercedes-Benz Club and at other marque club events. He has completed many well known restorations, many of which, have been Concours winning cars. His cars have featured on TV documentaries and in books and magazines. He also owns a Mercedes-Benz 190SL in Concours condition.

“At LuxClassics we believe that these cars are a functional work of Art, and do not all need to be museum pieces. As such, preparation for good driving classics is essential for driving passion”

LuxDetailing operate from our brand new purpose-built facility in Chelmsford, Essex, UK, near Stansted Airport and within easy reach of Central London. We can take care of your Classic, Super, Modern Super, or Prestige car’s maintenance detailing to provide stunning visual results.

Any cookies that may not be particularly necessary for the website to function and is used specifically to collect user personal data via analytics, ads, other embedded contents are termed as non-necessary cookies. It is mandatory to gain your consent to enable these cookies and store them on your browser.